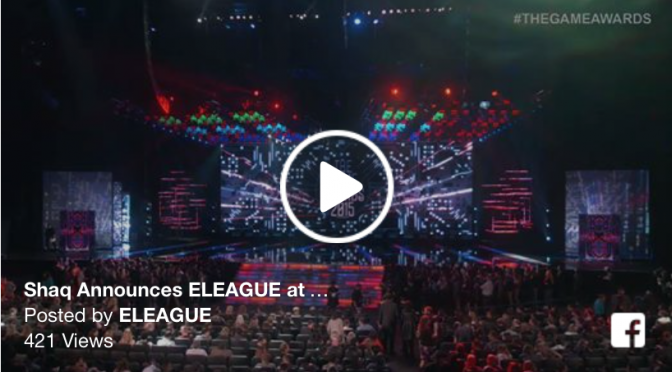 Turner’s new venture, E-league, was announced at the annual Video Game Awards yesterday. The gamers say it best – “Being on TV is obviously the next step.” Starting first with the stalwart Counter-Strike, the league will feature two 10-week seasons, broadcast each Friday night on Turner’s TBS. Oh, and did I mention the $1.2 million prize pool?

Full disclosure: I am currently an employee of Turner and the views in this post are purely my own.